About Boca Pointe Clowns on Call

Boca Pointe “Clowns on Call” is a group of non-profit, senior volunteer caring clowns whose purpose is to bring “joy , happiness, giggles and fun into as many lives as we can touch, thus helping to make the world a better place one smile at a time!

Our “alley” was started in October, 2014, by Harriet Rubin, aka: Florabelle the clown, who has been clowning in New Jersey and Florida since 1995. Harriet had many years of experience teaching clowning. She decided she needed more local clowns to reach out to the community and provide the services she had been doing as a solo clown. “Clowns on Call” was born!

Our clowns offer a variety of clown skills and forms of entertainment including:

Learn more about events where we have performed

Boca Pointe “Clowns on Call” services are free to non-profit organizations, charities and community service events. A donation is requested from for-profit groups. 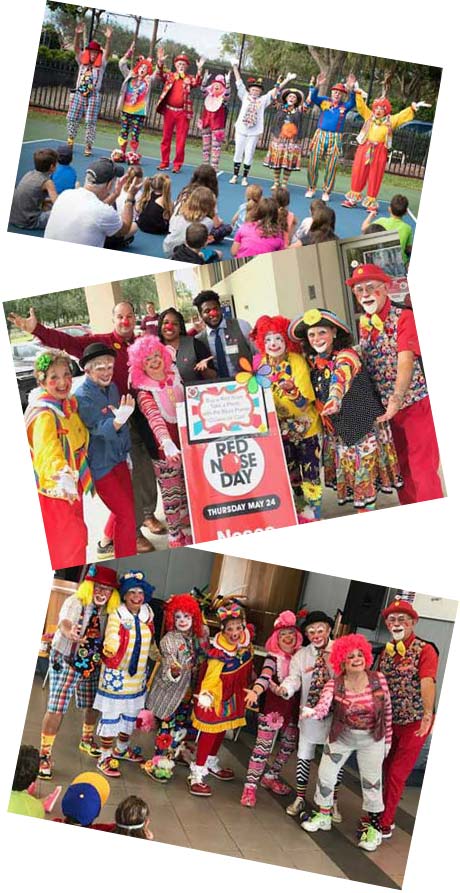 Add the “joy and laughter” only a clown can bring to your upcoming event!